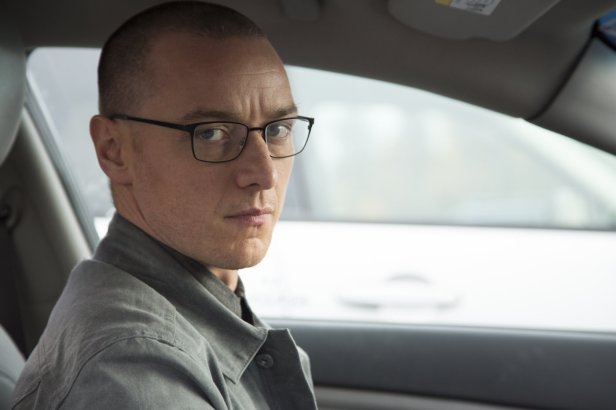 Director M. Night Shyamalan made his name with “Sixth Sense”, since that time, his output has been more miss than hit, both commercially and critically.

A film costing only $9m and taking $276m will certainly help his reputation but is it any good?

Three girls are returning to the car after a birthday party, the driver is loading the trunk. Suddenly he is not there and a strange man is sat in the driver seat. “Pardon me sir, I think you may have the wrong car” says one of the girls, unfortunately not so much.

However, as time progresses with no immediate harm befallen to them, they are visited by the same person yet inhabiting very different characters. From a young boy, stern matriarchal type figure, flamboyant dress designer and so on.

Frequently the characters talk in the third person and refer to other characters as if they were different people, 23 different personalities if you will. Clearly this is not a well person and if you are going to be captured and kept in a dungeon against your will, arguably not your first choice.

The film jumps about with timelines, detailing earlier traumas especially for Casey who emerges as the main protagonist in a battle of wills. We also experience the background for “Kevin”, a backstory detailed at some length with his ever patient and believing Psychiatrist “Dr Fletcher” Betty Buckley.

Much of the film is a test of wills between hostage and the captors multiple characters, as they push and pull for dominance. Arguably this is by far the most interesting part of the film.

However, as the film reaches it’s conclusion the director appears to jettison any pretext of mental illness being a complex subject worthy of help and understanding. Instead resorting to the usual horror type tropes, with a disturbing ending which undermines a lot of the good work which precedes it.

The film has very little CGI and is heavily reliant on the main special effect i.e. McAvoy, who is clearly having a blast. Like a kid in a candy store with a magic dress up box, he is worth watching at all times.

Taylor-Joy is also strong as she refuses to back down and is his equal in the acting stakes but is obviously inhibited by only having one character to play.

Arguably the concept is somewhat distasteful, three young girls held hostage and terrorized, very dark back stories and yet all served up as entertainment. However, this might have worked but for some missteps in tone and conclusion by the writer/director.

Clearly Shyamalan has yet to recapture the lightning in the bottle but this film may provide sufficient financial and creative autonomy to try yet again.

Worth a watch for McAvoy’s star turn but ultimately disappointing as the early promise of an intelligent thriller, transcends into lazy stereotypes towards the conclusion.

Will undoubtedly help burnish Shyamalan’s fading star but will do nothing to promote better understanding of mental illness and treatment.